Menopause refers to the period in a woman’s life when her menstruation ceases. When a woman missed her menstruation for an entire year straight, it means she has reached the end of her fertility period and can no longer conceive unless she undergoes in vitro fertilization or gets a donor egg.

Unlike female humans, female dogs can still become pregnant naturally even during the later stage of their lives. Does it mean they don’t go through menopausal stage? Isn’t it risky for them to conceive at an old age? Read on to learn if menopause also occurs in dogs.

Menopause: Is It A Dog Thing?

According to the Animal Medical Center, dogs don’t experience menopause. To begin with, they don’t have a menstruation cycle. Instead, they go through the estrous cycle like many female placental mammals. This cycle is commonly referred to as the heat season.

A dog’s heat cycle normally occurs twice a year. Still, they belong to the group of monoestrous animals that only have a single Estrous cycle per year. Again, the occurrence can vary from dog to dog and many females can only experience it once a year. The other animals that also belong in the group are the wolves and foxes, which are both wild relatives of canines.

The heat season normally begins when your pet reached puberty, which is between the sixth to 12th month of her life. A small dog breed often goes through her first Estrous cycle earlier than larger dogs. The problem is that her reproductive organs are already mature but many other of her physical aspects are still developing so it’s best to keep her away from male dogs during this time.

Your dog will manifest behavioral changes during the reproductive cycle. A dog in heat will urinate more often to leave a urine mark, which signals to a male dog that she is ready for mating. When a dog is in heat, she will display signs that she is already receptive to breeding.

There will be a need to roam around, in pursuit of finding a male dog. Roaming, as we all know can be pretty risky for our pets because they might get injured or harmed outside.

What You Need to Know About the Estrous Cycle

Estrous cycle has four phases namely the Proestrus, estrus, anestrus, and Diestrus or metestrus. If you are thinking of breeding dogs, this is one of the most important aspects that you need to fully understand.

During the first phase or the Proestrus phase, your dog will start to show signs that “she is ready” to be in heat. There will be a few clinical changes in the dog’s body. The ovaries begin to mature while the estrogen levels are also increasing. She might display hostility towards other dogs and may even have a bloody discharge.

Her reproductive organs are still preparing for ovulation, which means your female dog is not yet ready to copulate with a male dog. This phase typically lasts for more than a week, at around nine days.

After the Proestrus, female dogs go through the estrus phase. This is the most important phase in the entire estrous cycle because this is when dogs can get pregnant. Like the Proestrus, this one also lasts for more than a week.

This time around, the female dog’s estrogen levels should already drop but her progesterone levels are expected to rise. Now, her vulva is enlarged and this can last up to 14 to 21 days. Aside from leaving a urine mark, she will also “flag” her tail to communicate with a male dog. This is her way of saying that she is already allowing entry to her vulva.

Once the estrus is done and the anestrus phase sets in, your pet will no longer have a swelled vulva. If you take a closer look at the lips of her vulva, you will see that she no longer has discharges. This period can last for three months or more. Some female dogs go through this phase for roughly 150 days.

The last phase in the Estrous cycle is the metestrus or Diestrus, wherein your pet will no longer be receptive to a male dog. It can be as short as two months or can be as long as three months. If your pet is currently conceiving, you can expect her to give birth after a couple of months.

What is ‘Surgical Menopause’ in Dogs?

While female dogs don’t experience menopause, there is something you can do to help her avoid unwanted pregnancies especially later in life. Contrary to myths, female dogs don’t need to have a litter in order to become more affectionate and warm. In fact, it only plays a part in overpopulation in dogs.

Did you know that a pair of intact dogs can produce as much as 67,000 puppies in six years? Unplanned litters contribute to the millions of animals being confined in crowded shelters every year. Because animal shelters don’t have enough space for these puppies, more than 2 million of them have to be euthanized each year.

It is possible to avoid a risky pregnancy, as well as overpopulation in dogs through spaying, which is the surgical removal of the ovaries and the uterus. Spaying, also known as hysterectomy in veterinary terms, has a lot of benefits to the dog itself as well as to the pet owners. The following are just some of the benefits of spaying a dog:

It’s believed that spaying is best done before the dog reaches her initial heat cycle to reap the health benefits such as preventing mammary tumors. Regardless of this, your vet will be the one to decide when your pet is ready to undergo the surgery. This will depend on a few more factors. Aside from her age, your vet will also check your pet’s current health condition and size.

Can a senior dog be spayed? Yes, it’s still safe to have your dog spayed even if she is already seven years old or past her prime. Just don’t wait until her ninth year of age, because female dogs are expected to have their final litters at the age of eight.

Do note that spaying may also have a few drawbacks. The disadvantages associated with this procedure are obesity and back bone issues. Many breeders believe these problems arise when dogs are spayed right before they reached maturity.

Some vets also recommend keeping the uterus. Removing the ovaries solely lessens risks of cranial cruciate ligament tear and hip dysplasia in spayed dogs. If you believe the pros outweigh the cons, research more about it and also consult a veterinarian.

A female dog will not go through a menopausal stage later in her life. She will only experience a “silent season,” wherein she will not display signs of being in heat. Still, it’s possible for her to become pregnant because female dogs don’t stop having seasons when they are intact. Avoid this from happening as it poses certain health risks.

The only way to keep your pet from being pregnant, mostly during her senior years, is by having her spayed. This comes with long-term health benefits and even increases a dog’s lifespan for up to five years. Furthermore, this is also beneficial for the welfare of the entire dog community as it lessens the need to euthanize dogs. 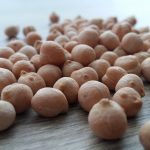 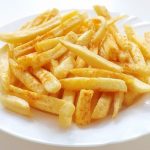 EB - April 16, 2020
0
A dog sling carrier is a piece of equipment used to hold pets hands-free when traveling. It is also convenient to use when a...