Goldendoodles come in severalbreed types. There’s the F1, F1B,F1BB, F2, and so on. What do these letter and number combinations mean? You know an F1 is a first generation dog, so what about an F1B? In today’s post, we’ll dig deeper in the subject ofF1B Goldendoodles.

What are F1B Goldendoodles?

An F1B pup is also called a backcross.It has 75% of the Poodle gene and 25% ofthe Golden Retriever one in its lineage. In canine breeding, backcrossing is the process of crossing a hybrid with one of its parents. The goal of backcrossing is to develop a dog with the same genetic identity as one of the parents.

To determine your pup’s coat type, observe the texture of the coat on the chest and the forehead. You will see those curls or waves on these areas of the body. For more accuracy, you can send a sample of your pup’s cheek swab for testing.

One of the desirable traits of Standard Poodles is their “non-shedding coat” and breeders want to pass it on to the offspring. There is a belief that Poodles are non-shedding, but this is actually because their hair only gets trapped in their curly coat. This givestheillusion that these dogs are non-shedding or hypoallergenic.

But did you know there is no such thing as a 100% hypoallergenic dog breed? Doodle dogs shed but not as much as other breeds. All of them shed to a certain degree but you may not notice it.If your F1BGoldendoodle is shedding like crazy, there’s something wrong with his healthandit could be a sign of an underlying illness.

There are many reasons for intense shedding in dogs. In most cases, it is due to an imbalanced diet. Cheap food can increase shedding in dogs so it is important to offer them a healthy and well-balanced diet. In some instances, it is because of using the wrong grooming product for pets. Even if you are using the mildest human shampoo out there, it can still irritate your pet’s skin because dogs have a different pH level than humans.

Why Get an F1B Goldendoodles?

Consider an F1B Goldendoodle if you have a history of hypersensitivity to pets. This dog is ideal for families wanting to have a pet but concerned about allergies. Pet hair is technically not an allergen and it does not really cause sneezing or runny nose. But once it collected foreign substances, it can trigger allergic reactions like nasal congestion, watery eyes, and postnasal drip.

It’s just natural for your immune system to react to foreign substances. It’s the body’s natural way to get rid of them. People who display allergic reactions to pets have an oversensitive immune system. However, many people with asthma and hypersensitivity to pets still manage to have a dog by getting a Goldendoodle.

The most common allergens from pets include dander, urine, or saliva. These foreign substances often end up on floors and furniture. Dander tends to stay in the air for long periods especially in carpets and upholstered furniture, which is why it is important to vacuum your space regularly. When you have a pet, it is important to invest in a decent vacuum that comes with pet-friendly features like HEPA filters.

Personality-wise, F1B Goldendoodles are just like other generations of Goldendoodles. They may inherit many of the traits of Standard Poodles. These dogs are known for being instinctive, loyal, and intelligent. These traits are the reason why they are popular as family pets. They are easy to train, not to mention that they can be very devoted to their owners.

Are F1B Dogs Healthier Than Their Purebred Parents?

One of the known benefits of having an F1B is the hybrid vigor. It’s also called outbreeding enhancement or heterosis wherein the hybrid offspring comes with improved functions. However, there is a debate regarding this because scientific researchers have different findings.

In 2010, plant scientists at the John Innes Centre discovered a type of genetic “noise” due to a surprising degree of variation in gene activity despite of very similar traits in related species. As the study suggests, breeds that hybridize tend to call off some of the disparity in the gene activity. This, in turn, results to hybrid vigor.

On the contrary, a study at the University of California-Davis suggests purebred dogs are only more prone to certain disorders. Mixed breeds are actually more susceptible to cranial cruciate ligament rupture, a kind of orthopedic injury in canines.

In fact, there are certain hereditary and congenital conditions often seen in Goldendoodles. Regardless of the generation of Doodle you are planning to buy, here are some conditions you need to be aware of:

Atopy – like people, pets can suffer from skin allergies causedby common allergens like pollen and dander. When a dog has atopy, he suffers from excessive itching. The problem with atopy is that it can affect dogs all year-round and not just during specific seasons. Atopy cannot be cured but it can be managed.

Cataracts – as with humans, cataracts are more common in senior dogs than in young ones. But if inherited, a dog can show signs of having cataracts as early as six months of age. If not treated immediately, inherited cataracts can make a dog blind at the age of two. Surgery may be required in correcting cataracts, especially for younger dogs.

Progressive Retinal Atrophy – in PRA, the retinal cells deteriorates and this degeneration of the retina can lead to blindness intime. While most dogs only suffer from PRA during their senior years, some pups tend to have it during the first weeks of life. A dog with PRA finds it difficult to see clearly at night and even during the day.

Aortic Stenosis – this refers to a partial obstruction of the blood flow in a dog’s body. Because of this, the heart finds it difficult to pump blood properly. If not treated early, a dog can suffer from failure of the heart and aortic valve infection. A vet will recommend treatments that will help keep the heart rate to normal.

Hip dysplasia – your Goldendoodle can acquire hip dysplasia from one or both parents. In animals with hip dysplasia, the hip joint’s ball and socket do not fit well, causing more laxity in the hips. In advanced stages, a dog needs to undergo surgery to correct the problem.

F1B Goldendoodles need to be exercised twice a day to keep them in their top shape. These highly energetic dogs should be given enough physical activities to stop them from developing destructive behaviors at home.

These dogs will enjoy lots of playtime that encourage them to use their minds and their bodies. Dedicate time for play in addition to giving them at least 30 minutes of exercise everyday. You may offer them doggie puzzles and play games like fetch and hide-and-seek with them.

These dogs have the same appearance as other typical Doodle pups. They are among the large types of Doodle dogs, since both parents are large breeds. They weigh 55 to 65 pounds on average when fully grown. The average height is of around 24 inches if we are measuring starting at the shoulder down to the paws.

An F1B Goldendoodle’s coat may appear more curly or wiry rather than smooth or fleece. However, it is extremely soft because these dogs have hair rather than fur. Hence, you may need to brush it daily or at least three times a week. If there are small mats that look painful to brushout, simply trim it rather than trying to brush themand hurt your pooch.

How to Groom F1B Goldendoodles?

Because your F1B Goldendoodle is more prone to developing mats, you will need to invest in a slicker brush. A slicker brush is the best kind of brush to use for dogs with a curly coat. You will also need the help of a professional groomer to trim the areas that are difficult to maintain like the belly, genitals, and around their anus.

Bringing your pooch to a professional groomer is worth the money. If it’s your first time caring for a Doodle pup, you may not be knowledgeable enough to trim the coat by yourself. Besides,the groomer will giveyour pet a full bath, so you will no longer have to worry about fixing knots because thegroomer will already handle them.

How F1B Dogs Differ from Other Goldendoodles?

Goldendoodles are difficult to set apart from the rest, since they all havethe same charming appearance. They all look like teddy bears, with those round eyes and dark-colored nose. But if you will take a closer look, you will notice that they have varied coat colors and textures.

Compared to other generations of Goldendoodles, F1B Goldendoodles shed lessdue to the fact thatthey havemore of the Poodle’s gene in theirlineage. The only disadvantage of having a low-shedding pet is they are more challenging to groom. Their luxurious coat requires more maintenance to prevent mats and tangles from forming.

Almost all generations of Goldendoodles inherit the mouthy trait of the Golden Retriever. These dogs like using their mouths to herd humans. To stop this behavior, they should be introduced to inhibition training. You shouldoffer chew toys at an early age to encourage them to gnaw on objects rather than their human family members.

F1B Goldendoodles are highly intelligent dogs. Because they are quick learners, it’s easy to teach them the basic commands like sitting and staying. You can even teach them tricks as pups even if you don’t have the experience of a professional dog trainer.

These Goldendoodles are a hit across America and other parts of the world because they have the non-shedding features of a Poodle and the calm temperament of a Golden Retriever. You will not have a problem welcoming visitors at home or introducing new pets since these dogsget along with everyone.

How Much Do F1B Goldendoodles Cost?

An F1B Goldendoodle for sale often comes with the same price tag as an F1 Goldendoodle. They cost around $1,500 and above. The price will vary depending on thebreeder. A Goldendoodle may be more expensive if one or both the parents came from champion bloodlines. For example, if a Golden Retriever earned a championship title in the American Kennel Club, this will be inherited by all its offspring.

F1B toy Goldendoodles or mini Goldendoodles are also pricier. They are sold at $2,500 per pup, not including the processing fees and applicable taxes set by breeders. If you are planning to buy an F1B Goldendoodle, you also need to secure a non-refundable deposit. Your prospect breeder will give you estimated times when you can finally bring your Goldendoodle puppyhome.

An F1B Goldendoodle is the most hypoallergenic Goldendoodle of them all. It is the best type of Doodle for families who want a dog that sheds the least, but still has some of the traits of a Golden Retriever. Because it has more of the Poodle gene in its lineage, you can expect this dog to share many similar traits with its Poodle parent. 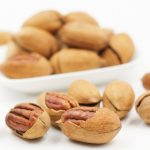 Can Dogs Eat Kiwi Fruit: Are they Beneficial for Your Pet? Pomchon Puppies: Is this Designer Breed Worth Your Time? Can Dogs Eat Plums? Here’s What You Need to Know About...

EB - May 23, 2018
0
Plums can do wonders for us humans. These stone fruits are bursting with protein, iron, potassium, and vitamin C. A study even claimed that...