French bulldogs or simply Frenchies look like miniature versions of bully breeds like the classic English bulldog. These two different breeds have a lot of things in common, in terms of body structure and personality traits. Just like English bulldogs, Frenchies also come in a range of coat colors and markings.

They come in white, fawn, and brindle patterns. In these dogs, brindle is the most common coat color. In addition to these accepted colors, they may also appear in other colors other than the breed standard. There’s what they call “fad colors,” which are as many as the recognized ones. Read on to know about the fad coloring in Frenchies, especially the new ones like the merle pattern.

A French bulldog with merle coloring can only possibly occur due to crossbreeding. It is believed that some Frenchies are being bred with Chihuahuas possessing the merle gene to be able to come up with a merle dog. If you are interested in adopting a French Bullhuahua or a Frencheenie, check if the dam and the sire are both healthy and do not possess the merle gene.

Breeding two different breeds is not something new. In fact, it has been done for a long time now, but introducing the merle gene among Chihuahuas is a relatively new practice. This kind of breeding can be a dangerous practice because it puts the dog’s health at risk. It is actually not recommended for breeds that do not have the merle coat occurring naturally.

A reliable breeder will not do this just to earn more money because a good breeder is aware of the consequences that come with this practice. More often than not, backyard breeders are the ones behind the creation of these dogs, for the sake of earning thousands of dollars by selling the pups online. Apparently, these breeders will not tell you about the consequences of crossing a merle dog with a perfectly healthy French bulldog.

Merle, also referred to as dapple, is among the patterns often seen in a dog’s coat. It comes in various patterns and hues, but it often looks like it’s mottled. In some dogs, the swirls that look like Merle are often mistaken for piebald, which is also characterized by pigments believed to be caused by a condition called Leucism.

Leucism is an inherited problem in dogs that cause them to have a partial loss of pigments. The loss of pigments may lead to patchy coloration of the skin. The piebald effect is seen in a number of dog breeds. Pied French bulldogs may also come in the brindle pattern. They are also called brindle pied. In a white dog, this unique combination is characterized by black spots over a white coat and often seen in various areas.

In animal genetics, merle occurs when there is the presence of the M-locus. When two M alleles combine, the outcome is a double-merle or a double-dapple. These dogs do not look like they have mottles or spots across the body. Instead, they appear entirely white and they can be easily distinguished from the rest because of the rarity of their appearance.

Breeding two merles together can cause significant health concerns, like vision problems and hearing impairment. The merle gene can also have an impact on the pigment of the skin and the color of the eyes. This is the reason why experts strongly go against pairing a merle dog with another merle.

A merle Frenchie looks like a typical French bulldog with its short and muscular body, broad and square-shaped head, dark eyes, and bat-shaped ears. The only thing that makes them different from the rest is the color of their coat. Because of their extraordinary appearance, they are very easy to differentiate from the others.

In French bulldogs, merle does not occur naturally. Therefore, it is worth noting that there is no such thing as a purebred merle in the French bulldog breed. If a breeder offered you a French bulldog with merle coloring and asked for large amounts of money, be careful about it because you are likely dealing with an unethical breeder.

Some merle Frenchies are born with blue eyes. The blue color may show up in one or both eyes. For dogs with only one blue eye, the other color may be dark. Having differently colored eyes is also referred to as Heterochromia, wherein an animal can have differently colored iris. Other than the color of the eyes, there can also be some changes in the color of the skin and hair. But with merle Frenchies, the impact of the merle gene on the hair may not be very evident.

Beyond the physical appearance of a French bulldog, the merle gene can have an impact on the overall health of the breed. This actually applies not just to Frenchies but also to all canine breeds. According to the American Dog Breeders Association, these are the following health concerns in canines possessing the merle allele:

Neurological problems – when there is a problem with the color genetics of dogs, they are also likely to have issues with their nervous system. This explains why dogs with rare markings are at risk for sensory and neurological problems. Neurological disorders may actually pertain to a wide range of disorders which can vary from brain disorders to nerve damage. This is because the merle gene may have an impact on the brain, spine, and nerves of a dog.

Eye problems – double merles are prone to vision problems because of the M allele. In some dogs, the reflective substance also called tapetum lucidum is lacking. This layer of tissue found in the eyes lies immediately behind the retina. When there is a problem with the tapetum lucidum, a dog may suffer from vision problems including night blindness. Because the optic nerves found in the eyes are connected to the brain, eye disorders can also suggest neurological disorders.

Deafness – in addition to vision problems, merle dogs may also suffer from deafness or hearing loss. In some dogs, deafness is partial or may only affect one ear. It is also possible for them to completely suffer from loss of hearing because both ears are not functioning as they should. When deafness is linked to coat color, there is a possibility a dog will be born deaf. Presently, there is no treatment available for color-related deafness, but this is not really a problem since this condition is not painful.

Microphthalmia – this condition is characterized by an unusually small size of the eyes and occurs in dogs with double merles or those with mostly white hair. The eyes look like they are not of the standard size or as if they are barely there, because they look like they were recessed in the eye socket area. Dogs confirmed to have microphthalmia usually suffer from other eye anomalies, too, like having a defective cornea or problematic lens and retina. Around half of all canines diagnosed with this condition become blind. If it is inherited and the problem is its advanced stage, all pups in a litter can suffer from blindness.

Skin problems – since the merle gene can affect skin pigment, a bulldog may be suffering from skin issues. Let us add the fact that bulldogs themselves are already prone to skin problems because of their skin folds and wrinkles on their face. Adding the merle gene which does not usually occur in French bulldogs will only make things worse.

The health of a dog is one of the important things to consider when you want to have a pet. In the first place, having a pet with many health problems may be more expensive than you think, because it requires frequent vet visits. We are not against merle French bulldogs but those who breed them without thinking of the possible outcomes.

If you already have a French bulldog with a merle coat, give him all the love that you. These dogs deserve to be taken care of as any Frenchie with the standard color. When cared for and given all the attention they need, these dogs can still live a normal life. They will still possess the common traits that French bulldogs are known for, like being loyal, fun, and gentle towards kids. They still make excellent family pets despite the condition they face, sadly, because of irresponsible breeders.

If you believe the French Bulldog is truly the dog breed for you, make sure you have done your research first. Get to know about their standard colors and their fad coloring.  The color of a dog’s coat matters not just for aesthetic purposes. Obviously, the last thing you would want to happen is to regret your decision. Dog ownership will be a long commitment so if you hesitate about having a merle pup, better not have one at all.

In many cases, merle Frenchies are being sold by backyard breeders. These breeders are usually not registered with canine clubs. When a breeder is part of an official kennel club, it means he or she is adhering to their practices and follows the breed standard set for French bulldogs. On the other hand, the only thing backyard breeders want is to make more money so they continue developing merles despite being aware of the consequences.

Merle is not among the naturally occurring colors among French bulldogs but only occurs because they are being bred with other breeds of dogs, like Chihuahua. Regardless of that, there are still breeders who advertise these dogs online. Be wary in dealing with these breeders, especially those who are asking for a higher price for the puppies. These dogs may be prone to certain health problems that may be difficult to address and can be expensive to treat.

Help! Why Does My Dog Lick the Couch?

An Ultimate Guide to Owning a Cavachon 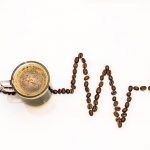 EB - September 4, 2019
0
Fluffy and cuddly –these are the words that best describe teddy bear dogs. With their cuteness and charm, anyone would love to be with...