Puppies normally breathe really fast after playing or walking. Since they only perspire through their paw pads, they cool their bodies down through panting.

But what if your fur baby breathes rapidly while he’sresting or while doing not-so-vigorous activities like eating? Some puppies suffer from tachypnea, a condition wherein they breathe faster than the average breathing rate.

What is tachypnea? What are the possible causes for this condition and what are the things you can do at home to help your pup? Learn more about your puppy’s rapid breathing in this blog.

Everything You Need to Know About Tachypnea

Tachypnea is the medical term used for the increased rate of breathing. Puppies are very prone to it. It is one of the three most common types of breathing problems in canines. The other two are dyspnea and abnormal panting.

If left untreated, the causes of dyspnea or labored breathing can also lead to tachypnea. These include asthma, infectious diseases, pneumonia, chronic bronchitis, heart failure, pulmonary contusions, and bleeding into the lungs.

Tachypnea and dyspnea are sometimes used interchangeably. Do note that dyspnea comes with a feeling of distress. It is a sensation one could feel due to a shortness of breath.

The common causes of tachypnea are the following:

This condition happens when there is low oxygen in the blood. A dog with hypoxemia has a blood gas level lower than 60mm hemoglobin. This is quite low from the normal rate, which is 70mm and above. There are many signs of hypoxemia apart from the difficulty in breathing. Dogs could also suffer from fast heart rate, loss of appetite, and weakness among others.

Anemic dogs have large amounts of damaged red blood cells because of internal or external bleeding. A dog suffering from anemia would always show lethargy, difficulty exercising, loss of appetite, and pale gums.

Also referred to as pulmonary thromboembolism, this condition is actually a life-threatening one. It starts when a blood clot develops in the lungs as a result of deep vein thrombus.

Tachypnea or abnormally rapid breathing may occur in a number of instances. Below are the most common scenarios when puppies are observed breathing faster than they should.

It’s completely normal for puppies to breathe fast while sleeping. There are many possible causes to this but the most obvious one is because he’s dreaming. If he does this while twitching or kicking, he might be excited or afraid in his dream.

Does your puppy breathe fast while sleeping? Read more about that here.

Vets are actually more concerned when puppies breathe fast while being awake, especially when they are resting. These are the instances when you should consult an animal doctor without delay:

You might have noticed something strange with your dog after a surgery. One of the many operations dogs go through is castration. Young dogs can be spayed or neutered once they reached the eighth week of age. There are dog owners who complain about their pets’ rapid breathing after being castrated.

If your dog breathes very fast post-surgery, it is the body’s way of reacting to the pain. Dogs are good at hiding pain. They will not show it but one of the ways you can tell they are suffering is by observing their breathing pattern.

When a dog only breathes rapidly while she is pregnant or nursing, it is possible that she is suffering from eclampsia. This happens when the dog does not get enough calcium either because she has an underactive parathyroid gland or she does not get much of this nutrient in her diet.

Eclampsia or milk deficiency is often characterized by rapid breathing. The other accompanying symptoms are fever, convulsions, and hardened muscles and joints. Do note that eclampsia can cause death in female dogs so it requires immediate medical observation.

The abnormally fast breathing is also one of the adverse reactions of vaccination. Shallow, rapid, and difficult breathing is categorized as a Type 1 reaction. This is referred to as anaphylaxis, meaning it is due to an extreme allergic reaction.

Anaphylaxis is the body’s reaction not just from vaccination. It may also occur after taking medicines and even eating foods your dog is allergic to. The good news is that these adverse reactions are rare. If your pet displays unusually fast breathing after a medication or vaccination, bring him to the nearest animal clinic as soon as possible.

Things to Do When Dog Breathes Rapidly

First, evaluate your puppy’s breathing. Does it come with any other warning signs such as obvious pain, fever, and sudden weakness? If it does, the best thing you can do is seek your veterinarian’s help. That way, he or she can perform a series of tests to rule out what’s really causing the breathing difficulty.

If it’s simply rapid breathing, allow air circulation throughout your house. While it’s true that dogs have their own natural cooling system, they still need some help to stay cool especially during the hot summer months.

When it comes to puppies, walking them for a few minutes will be enough to keep them active. It is best to avoid strenuous activities especially when it’s hot outside. If he’s panting, never give him cold water. Water should be cool and not cold. If your pup usually stays outside, make sure that he is in a comfortable, shady spot.

Puppies are usually hyperactive. It’s normal to see them breathe rapidly after playing or exercising because it’s their bodies’ way to cool down. However, there are instances when panting is not always a good thing.

Does your puppy breathe faster when he’s awake and just sitting? If it always happens and it comes with other symptoms, you have to bring him to a vet immediately. The breathing difficulty might be due to other types of disorders such as respiratory tract infections, heartworm disease, and chronic bronchitis. Is Merle an Accepted Color in Bulldogs? 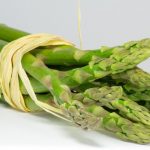