Are you thinking of buying or adopting a Pug? They are among the most popular breeds because of their many wonderful traits. It’s hard to resist their playful nature and intelligence. But before going down to the traits, any new pet parent will be first interested in the dog’s appearance, like their colors! Read on to know about all the Pug colors you can choose from.

Did you know that this color is more common than black when it comes to Pugs? This coat color itself comes in many shades so some could be lighter while some can be darker than the others and they are still well-accepted by major dog organizations.

In fact, fawn is one of the only two Pugs colors recognized by the American Kennel Club. The other accepted color is black.

Black is actually a more dominant gene compared to fawn but many breeders prefer the latter. This is why you see more of them than black Pugs.

You might have seen pugs sporting a cream-like body. This is not cream or white but an apricot color. Pugs with this color have an orange-like hue but it is like a warm undertone of this color. This stunning hue is highly sought-after for its beauty.

The apricot color occurs when the pug’s parents both have this recessive gene. It will take two apricot-colored dogs to come up with this pup. You will not have an apricot-colored Pug if one of the parents is black because the latter is a dominant gene.

The apricot color still falls under the fawn category. It is among the accepted colors in the fawn family although it is often mistaken for another color. You will rarely see this one, though, because apricot is not as popular as other shades of fawn.

Silver is also an accepted hue of fawn. Many people consider a silver fawn as black with some light patches across the body. Pugs with this color have a grey body but black spots on the face and on the chest.

A dark fawn is close to tan in shade. It is also possible to see black Pugs with tan markings. The tan points usually occur on some parts of the face, on the chest, and on their legs all the way to the paws.

Pugs with a black coat have a solid coloring. On occasion, it is possible to see a small white patch on their coat and this is regarded as a “mismark.” When a Pug has a large mismark, he may not be accepted in the show ring because this one is considered a defect.

The black Pug may look like a grey one over time, because dogs also develop gray hairs just like us. This can actually occur in any color but it is more obvious in dark-colored dogs, like the black ones. The gray hair, which starts appearing when a dog is 10 years old, is often seen on the face.

In creating a black Pug, breeders don’t really need to have a set of black Pugs. It’s fine if the other is fawn because the result will still be black. This is just natural as black is the dominant gene.

Brindle is actually not a color but a pattern and occurs in pugs but it is so rare that it is considered to be a myth although such dogs really exist. Like the rest of the nonstandard Pug colors, a brindle pattern is not recognized by the AKC.

Brindles pups should no longer be bred in order to avoid passing the pattern to the offspring. If you saw a brindle pug being advertised online, it is possible it is from a puppy mill because reliable breeders adhere to the breeding standards and do not mate brindles with other dogs.

This pattern is characterized by a stripping effect and it is believed that brindle only happens when the pug is paired with another breed because this pattern does not exist in purebreds.

Although merle is naturally occurring in a variety of other breeds like Great Danes and Australian Shepherds, this pattern is not an accepted type among Pugs because of the many health concerns associated with breeding them in this breed.

This pattern looks like piebald. A merle Pug also has different eye colors. One may appear dark, like black while the other one is blue. This is due to the fact that the merle gene also alters eye pigmentation.

You might have heard about Leucistic pugs and you may have seen them on social media. These pugs have a light colored coat because they have a rare genetic condition called Leucism. They have big and round eyes. They may also appear to be grumpy all the time.

In Leucism, a pug does not have pigmentation and it causes a partial loss of pigmentation. It should not be mistaken for albinism, which affects even the pigment cells in the eyes. Leucistic pugs often have blue eyes and they are not at high risk of being blind just like albinos.

This is where albinism comes into the picture. Pugs with this condition have white fur and pink eyes, in addition to light skin. White is not a naturally occurring color in this breed so beware of breeders selling a “true white Pug.” There is a chance it is an albino dog that is prone to a number of health problems like skin cancer.

The only recognized Pug colors are black and fawn. Apricot is not a separate color because it is just one of the many shades of fawn. As much as possible, avoid any other colors and patterns, like brindle, white, and merle. 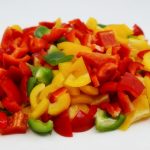 EB - May 3, 2019
0
The miniature husky or simply the mini husky is not a stand-alone breed. It’s a Siberian husky bred to be smaller than the standard....