Golden Retrievers are among the most charming dogs you can ever find. Who doesn’t want a friendly and intelligent buddy, like a Golden? When you have a loving dog like the Golden, you will never feel lonely at home even if you’re living solo. Goldens are usually gentle and calm towards kids, pets, and even strangers. There’s no doubt they are the third most popular breed in the world!

If you’re considering getting one, you might be looking for the best color since these dogs come in various shades. Should you get a light colored dog? Or a darker one that looks like mahogany? Should you prefer something less traditional, go for the English cream Golden Retriever. This beauty is known for its much lighter coat but it has the same charm of your sun-kissed Golden. This highly trainable buddy is a wonderful companion even for novice pet parents. Learn more about them with these facts about English Cream Goldens:

1. English creams may be genetically different but they are not a separate breed.

It’s easy to assume they are different from Golden Retrievers mainly because there are breeders who advertise them as a rare or hard-to-find breed. But their appearance is actually closer to the original Golden Retrievers developed around the mid-19th century in Scotland. Yes, these dogs are not rare unlike what some breeders are pointing out. So, the next time a seller tries to persuade you to buy a lighter colored golden retriever for twice the price of a sun-kissed Golden, better say NO.

It’s a common misconception that English cream Golden Retrievers come in a single color. They may have different shades, because some can have a close-to-white hue while others are pale but close to yellow. Winter white English cream golden retrievers are among the breeders in the United States where you can find European-style retrievers in many beautiful shades.

Some pet parents believe these dogs happen to have a light color because they are already mixed breed. But this isn’t always the case. The difference in their shades is normal because of their diverse genetic background.

3. English creams have a broader head than American-bred retrievers.

This is one of their many but rarely noticed differences from the other types of Goldens. They are known for their balanced head shape and also have a deep muzzle, rather than a straight one which is commonly seen in other types of retrievers. Based on the Kennel Club’s standards, the skull should be broad without looking like it is bulging.

4. They don’t shed as much as their American counterparts.

It’s a given that if a dog has less hair, it will only shed minimal amounts of hair. This is probably true with British Goldens, although this will vary with every animal. Some short-haired dogs may lose hair more than some long-haired breeds. It’s possible they might shed as much as their golden counterparts, especially during the “blowing of the coat” season but this rarely happens. The intense shedding usually happens during spring and fall.

The only advantage about having a thinner coat is that it will be fairly easy to groom. A quick brushing should be enough to reduce their shedding. When bathing your English Cream Golden Retriever, consider a clarifying or brightening pet shampoo to maintain the beauty of their coat. Because of their cream coat, dirt and stains are more obvious on them.

5. They come in other names, like European Retrievers and British Goldens.

These dogs were first seen in high regions of Scotland. During these times, the rich Scottish people had a penchant for wildfowl hunting. Since the earlier retriever breeds were not capable of hunting from water and land, breeders started crossing them with water spaniels. This led to the birth of Goldens, which were also believed to be originally a cross of the now extinct Russian tracker.

The breed was brought to the United States around the early 1900s. The first registration of these dogs took place in 1925. These days, it’s normal to find them in many parts of the world especially in North America. Don’t be fooled by breeders saying these are rare white Golden Retrievers.

6. They have round and level eyes.

Golden Retrievers are known for their eyes shaped like almonds. These dogs should have dark brown eyes, although medium brown is also accepted for American Goldens. You might have also seen Goldens with blue eyes.

The size of their eyes is medium large. The rims should be dark and close-fitting, as stated by the AKC. Their eyes always amaze people because they are softly expressive.

7.Their life expectancy is up to 12 years on average.

The average lifespan of European Goldens is several months greater than the average life expectancy of American Goldens. The latter breed has a lifespan of 10 years and 8 months on average. The oldest living Golden lived for up to 20 years. Indeed, when taken care of well, dogs can live twice longer than expected. There are things you can do to extend your dog’s life, such as getting regular checkups and maintaining the dog’s healthy weight.

8. They have trimmed ruff.

If you’re having a hard time telling if you have an English Cream, it will help to look at the neck. American bred retrievers are known for their untrimmed neck. In the case of English born dogs, it’s usually clean and the ruff is shortened. They also have wavy and thick hair but not as thick as the golden ones.

9. They have a lower cancer rate than their American bred counterparts.

A survey by the Purdue University suggests that most of these American born varieties die because of cancer. The rate is 61%, almost twice as the 38.8% rate of British Goldens. In general, we can’t deny the fact that these dogs have a high probability of suffering from cancer regardless of their color.

10. They are the smallest of all varieties of Golden Retrievers.

British Goldens are an inch smaller than the Americans. They are also smaller compared to the Canadian bred retrievers. An English cream golden retriever weight falls between 55 to 75 pounds when fully grown.

Do note that some dogs are shorter for their age. This could be because both parents are short so this trait was passed on to the offspring. In such cases, the owner has nothing to worry about.

However, if the parent dogs fall in the normal height for their age, the owner should consider improving the pet’s diet. The amount of protein in your Golden diet should be appropriate for its age. The Association of American Feed Control Officials recommends 18% crude protein in adult dog food.

11. They have bigger bones and bulky built.

They do not grow as tall as the American Goldens but they are usually bulkier in terms of weight. The Kennel Club does not have a weight specification or recommended weight for the British Goldens. The American Kennel Club, on the other hand, prefers Goldens weighing 55-65 lbs for females and 65-75 lbs for males.

12. They need the same amount of mental stimulation given to any kind of Golden Retriever.

These dogs may look slightly different than traditional Golden Retrievers, but they are just as smart as their American counterparts. They are intelligent enough that even if you have an old dog, you will not have a hard time teaching it new skills. Contrary to myths, canines never lose their learning ability even in old age.

13. They are not as popular as American Golden Retrievers.

Let’s admit it, they are highly regarded in the canine world but some of them are still subjects of debate depending on where you live. You can see the difference if you’re inside the UK. In fact, some of these dogs are not well-accepted in some communities because of their color. Sad enough, there are people who are still not knowledgeable about their existence.

In the UK, you will notice that most of the dogs in the final line-up of championship shows are the very light ones. This is impossible to witness in the United States, because AKC only accepts the “light golden” and not the extremely pale shade.

The personality of an English cream golden retriever often amazes people. Golden Retrievers, in general, are friendly creatures. Hence, they do well in households where there are children. They can also provide emotional support and can become great therapy dogs. This makes them ideal for seniors and even individuals with disabilities.

They are also large enough so you will not have to worry that they might be stepped or sat on. Among all breeds, they are least likely to show aggression or anger. As highly sociable dogs, they will enjoy being around people, especially their owners.

It’s not unusual to see a Golden playing with babies and kids, or acting like they want to protect your little ones. They are cheerful, gentle, and playful, so many kids like them too. Because they are usually calm and quiet, you can have the confidence that your family members are safe around them.

Although the Golden retriever temperament will not be the same for all dogs, they have proven that they can be well-mannered. Still, we should consider that genetic predisposition is just one of the factors affecting the dog’s personality. The animal’s upbringing and environment also play a huge role in their overall development. If trained and socialized early, you can expect the best from your Golden.

15. They can easily get along with other pets.

Their friendliness goes not just toward humans but also other domesticated animals. You might have seen videos of Golden Retrievers cuddling with other breeds, especially those that are much smaller than them. This only goes to show that Goldens have a big heart even toward other animals. It’s seldom to find English cream golden retrievers barking at other dogs. If you have other pets at home, you will not have a hard time introducing the English cream. They are friendly even toward other animals, despite the fact that they have the tendency to chase a lot. This does not come as a surprise, because Goldens are known for their high prey drive.

Given the popularity of Golden Retrievers, it’s normal to find a few genetic issues with them and this is often a result of irresponsible breeding. If you’re decided to bring home an English cream, make a good research first or use our article for your reference. In addition to finding useful information about Goldens through the Internet, it’s also helpful to join Golden Retriever clubs and social media groups. This way, you can participate in events related to the breed and even find tips on raising your new buddy.

Remember that English Creams are not rare, as what some breeders call them. Sometimes, backyard breeders – mostly the irresponsible ones – use this term to make money off their litter. Puppies are often sold at outrageous prices, almost twice the price of sun-kissed or American Golden Retrievers. You can save a lot of money getting an English Golden Retriever rescue than securing one from a breeder.

What You Need to Know Before Adopting a Pacific Bulldog 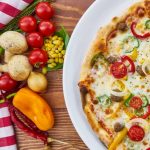 EB - July 15, 2018
0
Nutella is a staple in many households and humans are not the only ones who like it. Even dogs are quite tempted to taste the...